I often hear that changing a Glock 17 from factory is recipe for disaster. While this may be true for the home tinkerer, it is not necessarily true for the armed professional. Or for the person that takes their personal safety and the safety of their family as a profession, because it is.

The fact is that the Glock is an excellent defensive pistol for a lot of reasons. Reliability is the biggest one, even Glock haters have to admit that they are robust pistol that will continue to work over thousands of rounds. That alone makes it a great gun, it has to go bang when I need it to. Adding some creature comforts and enhancing what is already there can turn it into something incredible for the guy or girl, that is willing to put in the time and resources to make sure his changes don't affect the core requirement; reliability. 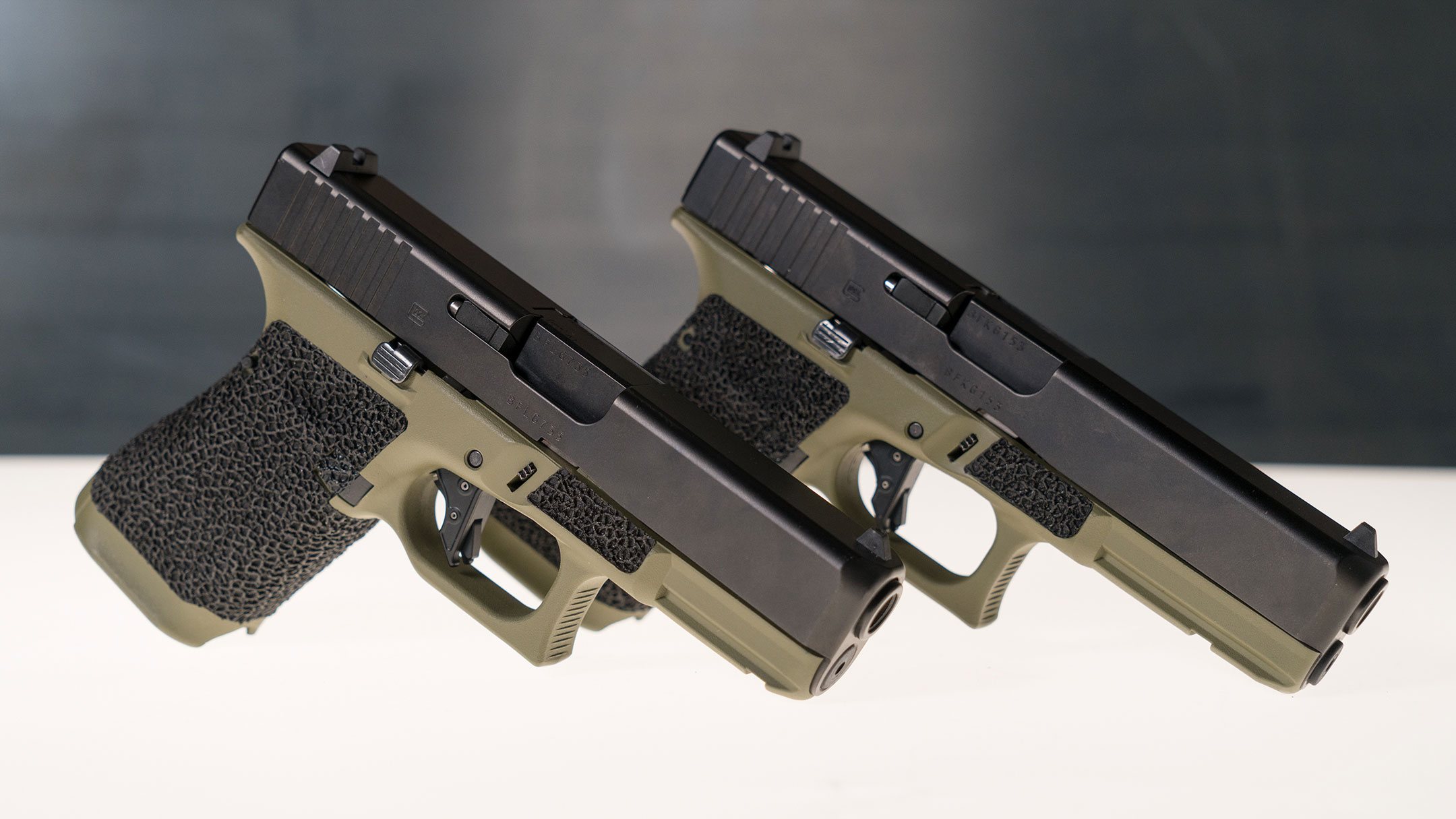 All of my Glocks have aftermarket barrels. I personally have KKM, Blacklist and recently acquired a Victory 1st barrel. I use Glock 34's and Glock 17's exclusively. There will come a point based on training that you might be out shooting the stock barrel. Bear in mind that the stock barrel works fine and is more than accurate enough. But if you are trying squeeze every bit of performance out of the barrel with the ammo you've chosen, at some point the stock barrel may be inadequate. Ammo testing with a variety of barrels has also shown a pretty good disparity in accuracy. I shoot 147gr 9MM bullets, I have chosen a specific load for a lot of reasons; reliability & accuracy being paramount and then terminal performance and performance through barriers being close seconds. It has been my experience that the barrels mentioned above love the shit out of some 147 grain. Is it enough of a gain to justify the expense? My job for over 25 years was being confident and capable of making low percentage shots on demand. If the barrel turns a 9 into a 10 on a B8, then the answer is a resounding YES!

Grip work, aftermarket slide stops, sights, RDS, comps, mag wells and other bits all help to tune the pistol to the individual shooter. I support all of these changes as long as they do not affect reliability. Sometimes the part itself might be the culprit. Other times, the part when coupled with the shooter causes issues. So a dude loves that extended slide stop but due to his grip, he constantly overrides it or forces the gun to lock open under recoil with rounds still in the magazine. So I ask how often that occurs and he says "All the time". And then I stare at him while his brain figures out that he made a reliable pistol unreliable. Don't be a dumbass, if the gun doesn't work with the part, based on how you shoot and hold it, then get rid of it! I don't care what national champion uses that piece, you ain't him!

Stock triggers work, but Glock triggers can often be cleaned up as well. A "-" connector and a lot of shooting can clean those things up quickly. However and aftermarket trigger will speed that process up and depending on the trigger, aid in performance. I have tried a lot of aftermarket triggers over the years, all of them were found lacking for a variety of reasons. Reliability is still king to me, and that carries over to the trigger. Some of the triggers I tried would break easily resulting in the trigger safety pin walking or snapping in half. This is unacceptable to me as a professional. In addition, some triggers changed internal geometry or were made to override the striker safety to make the trigger "light and crisp". When you consider the after effects of a deadly force engagement, jail time and civil repercussions, why would you ever do anything to change the safety components of the pistol? It is foolish. The trigger should compliment the reliability and safety features of the gun, not diminish them.

I have been using Overwatch Precision triggers for some time. I have the DAT, the TAC and the FALX. Triggers are extremely personal items, so for me I like the flat face triggers better. I have fired many thousands of rounds with OP triggers and have never had one break. When the SWAT dudes purchased Glock 17's and had the slides milled, I bought a lot of different triggers for the guys to try. I wanted them to make their decision based on reliability and performance specific to them, not my opinion. So we outfitted a bunch of guns with different triggers and had the dudes shoot them. At the end of it, ALL of them selected Overwatch Precision. I think that alone speaks volumes.

So by all means, customize your pistol to make it be what you want and demand of it. As you add bits and pieces, continue to ask if its reliable, accurate and ergonomic. The reliable question scan only be answered after firing 1000 or more rounds. Don't short cut that part. If you want it to be fancy looking, that's cool too, but fancy should not override function.